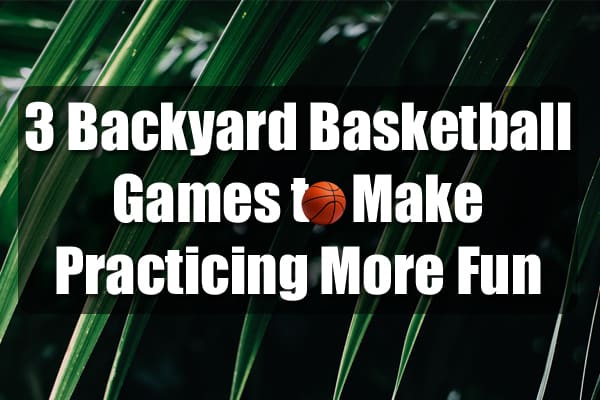 Schools out! Now what? Hone your basketball skills! Typically in the summer we have some extra time. Take this opportunity to invite some friends over, put down the screens, and play outside in your backyard.

Below we have laid out some fun games that even your friends who don’t play basketball will enjoy. Bonus…you will improve your game and have some fun at the same time.

How to play: Twenty-one is nearly always played on only half the court. This game needs two or more players. Each player keeps their own score. The winner is the first person to reach 21 points. The player with the ball may shoot at any time and may collect her own rebounds and continue shooting. Whenever a basket is scored, that player receives two points and goes to the free throw line, where each made free throw adds another one point to their score. The player is allowed to shoot free throws until she misses, or until she has made three in a row, at which point the ball is put back in play, and the sequence starts again.

Skill you are improving: Rebounding, shooting, and free throws.

After all players have made an attempt, the next player after the original shooter gets control and can attempt any shot she wants, and the others will attempt that shot, and so on. If a player who has control misses their shot, control moves to the next player.

If any player misses the shot, then they are given a letter. P in PIG and H in HORSE. Whenever any player has all off the letters in the word PIG or HORSE, they are eliminated from the game. The last player in the game is declared the winner.

Skill you are improving: Shooting.